This is the second part of the chapter- Understanding Religious Radicalization- from the guide to de-radicalization of Muslim youth. In the first part the common features of radical ideologies were examined. In this part the recent phenomenon of extremism among Muslims will be specifically explored.

It is interesting to note that all the elements that make up a radical ideology as discussed  in the previous section are  part and parcel of the ISIS, Boko Haram and Al Shabab’s vision.  Before the ISIS ideologue is further dissected, it is important at this point to revisit the occurrence of extremist groups within Muslim history.

History of Extremist groups in Muslims

The first recorded instance of extremism among Muslims was in 657 AD (36 years after Hijrah) after the battle of Siffin between the troops of Caliph Ali Ibn Talib and governor Muawiayh. The battle resulted in several causalities and  it is was felt that a truce was needed as several notable Muslims perished in the conflict. A group of Muslims rose against arbitration and detested allegiance with either camp. This group was called the Khawarij. They were idealists and felt that the leadership of Muslims had to be in the hands of a perfect leader.

The Khawarij believed that the victor in a war was determined by God while  arbitration is the doing  of men. Any cessation while in conflict is akin to taking the judgement away from God.  And thus they rose against both Muslim leaders and attempted to assassinate them. They succeeded in killing the fourth  caliph Ali Ibn Talib (R.A). For hundreds of years they remained a source of insurrection against the caliphate. For them any shortcomings in a leader was subject to swift punitive action.

Let’s examine the creed of Khawarij in light of the general characteristics of radical ideologies mentioned earlier.

Ibn Umar (notable companion of prophet Mohammad PBUH) said  that they took the verses in the Quran regarding the enemies of Islam and applied them on their fellow Muslims. This was done  not only differentiate themselves but also to carve out moral supremacy. The grievance of Khawarij was rooted in the fact that they lost many of their fellow brethren fighting for a caliph who eventually took a step back. This apparently made them feel that lives were dispensable on whims. There was no purpose achieved after so much sacrifice. It took over 100 years to weed the Khawarij out of the Muslim society, and it wasn’t before countless more lives were lost.

A similar movement rose in the 1700’s CE (1150’s in Hijri calender) lead by Abdul Wahab of Najd. Originally a preacher, he broke away from the traditional Islamic jurisprudence and established his own doctrine. During the time of Abdul Wahab, various practices that were alien to Islam had found their way into religion through the backdoor of cultural practices.  This greatly infuriated Abdul Wahab, but in his quest for purification of religion, he adopted an extremely dogmatic, draconian and dichotomous approach.

He reintroduced the practice of “takfir” , declaring apostasy on any Muslim that according to his standards would fall short. Abdul Wahab gained steady influence through his preaching and than formed a militia. His group would attack villages and even burn people alive. The narrative was familiar, “If you are not with us, you are against us”.

Abdul Wahab’s followers eventually forged an unlikely alliance with the wealthy Saud family. This marriage of convenience saw most affairs of the government handled by the Sauds while the military and matters of religion remained in the hands of Wahab’s ideological successors. To this day the alliance exists, but has in the past come under extreme strain. There has been uprisings in the military ranks directed against the Saud Monarch. Last of these were in the 1950’s which was dealt by the Saud’s with an iron hand using the military might of the west. Wahab’s ideology nonetheless still exists in Saudi Arabia and beyond and so does the resentment among many against the Saud family.

Among other extremists groups a notable one from the Shiite sect was the cult lead by Hasan bin Sabbah. This group gained influence in the 1100 CE and was  notorious for their dark practices. They treated assassination as a from of  art. In fact, the word assassin, has been derived from “hashisheen”, which was the title of members of the cult at the lowest level.

Nonetheless, the group of Hassan Bin Sabbah is not as relevant today as the Khawarij group  and Abdul Wahab’s cult. The re-incarnation  latter two is what the world knows today as ISIS.

The Islamic Response to Extremist Groups

The ideology adopted by ISIS is extremely similar to the Khawarij of earlier times. It is remarkable that the prophet of Islam Mohammad (PBUH) had prophesied the emergence of this group. The hadeeth on Khawarij is an eye-opener for those willing to join the ranks of ISIS. It is no wonder that recruiters for ISIS often play down this hadeeth.

Anas ibn Malik reported: The Messenger of Allah, peace and blessings be upon him, said, “There will be dissension and division in my nation and a people will come with beautiful words but evil deeds. They recite the Quran but it will not pass beyond their throats. They will leave the religion as an arrow leaves its target and they will not return until the arrow returns to its notch. They are the worst of the creation. Blessed are those who fight them and are killed by them. They call to the Book of Allah but they have nothing to do with it. Whoever fights them is better to Allah than them.”

The background to this hadeeth was that Muslims had just finished a successful battle and the spoils of war were being distributed.  It was then that among the people waiting for the goods, a man rose up (named Zul-Khawaisara) and warned the prophet to be just in distribution. The companions of the prophet were incensed by this act, nonetheless, the Prophet (PBUH) stopped them from reprimanding that person. Zul-Khawaisara was from Bani Tamim, a tribe hailing from the area of Najd. Prophet Mohammad prophesied “Leave him, as his slaying will serve no good purpose, as he is not the only individual but there are a host of others like him and if you compare their prayers and fasting to that of yours, you yourself will feel ashamed. These are the people who will recite the Quran but it will not go beyond their throats, with all these apparent virtues they will leave the fold of Deen just like the arrow leaves the bow.”

Other than the radical ideology, the two things that connect the Khawarij from the time of early Islam to the modern day cult of Abdul Wahab is the region of Najd and the tribe of Bani Tamim. It is interesting to note that Abdul Wahab himself belonged to the same tribe to which Zul-Khawaisara belonged. However, setting aside tribal affiliation, if the focus can be kept on the region of Najd, than further insight can be gained.

In another hadeeth the prophet Mohammad (PBUH) foretold the emergence of the horn of Satan from the Najd region and did not acknowledge the repeated request to bless the region.

The followers of Abdul Wahab reject this idea and claim that Najd mentioned in the hadeeth is not the region that is known today in the world (with its  capital being Riyadh). However, such claims have been refuted by scholars and an informative video that definitively prove the position of Najd on the modern map can be seen below:

Among other signs of the extremist group, the prophet Mohammad (PBUH) also foretold that they would mostly comprise of young men.  It is remarkable that the words of the prophet (PBUH) describe the situation exactly as it unfolds before our eyes.

Modern day Saudi Arabia’s capital is Riyadh which is also the center of Najd. Is it simply a coincidence? Perhaps not. The ideology that is used by ISIS was developed in the same region. However,  one should refrain from declaring Saudi Arabia as an evil state, because that itself would be an extreme viewpoint. Saudi Arabia has endeavored in their earnest to spread the light of Islam and protect any attack on the religion. They have tried to preserve many Islamic values.  However in doing so,  they have in many cases unnecessarily opposed aspects of modernity that are compatible with Islam. It is also fair to say that Saudi Arabia today is suffering because of the sanctuary it provided to the ISIS ideology.

For each of the points mentioned above, ISIS back their beliefs through religious text. Although it should be noted that their use of religious text  is almost always out of context. That is why  they only look at Quranic verses in isolation.

By observing events of the past decades, it is clear that radicalization is not limited to any particular class. It is a mindset that can appeal even the poorest to the richest. Bin Laden for instance was from an extremely wealthy family who spent their summers in Europe.

Radicalization of individuals or groups in not something that is new. It is neither something that can be attributed to Muslims. In fact it cannot be pinned down on any religion. Even A-religious groups have been found in history to commit monstrous atrocities based on outrageous notions. Occasionally radicalization feeds of religion, race, cast or creed.

It is also important to note that an extremist mindset seeks a purpose that transcends personal achievements and reaches the idea of greater good. It is this nobility of cause that acts as a motivating force and rational.

In the next segment, the topic of dealing with an extremist mindset will be deliberated. 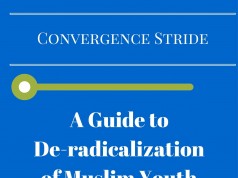 What Pakistan must do to weed out terrorism?