Dr. Tahir ul Qadri, is a divisive figure in the Islamic world and particularly in the subcontinent. He has legions of supporters that will lay their life championing his cause and at the same time there are people who despise him with passion. In fact, because of his stance against terror, he is on the hit list of ISIS and their affiliate groups.

He is a religious scholar, whose debut in Pakistani politics in the late 80’s lead him to the corridors of power. The subsidence in his political career matched with the rise of his scholarly work. Although Dr. Qadri is known for his knowledge in theology, he also holds a degree in law and has practiced as an advocate early in his career.

His later stint in politics did not bear much fruit after which he shunned active participation and had an extended sojourn in Canada. He acquired Canadian citizenship but his dual nationally did not bode well in the Pakistan. His explanation was that being the founding chairman of Minhaj ul Quran International (Islamic education NGO), he had to travel far and wide. Canadian nationality freed him of travel restrictions and the country provided him a peaceful retreat where he conducted his research unperturbed.

Just before the 2013 general elections in Pakistan, he became the mainstay of television screens after return to the country of origin and his call for a sit-in on the main boulevard in Islamabad. This was done to press for reforms in Pakistan’s electoral process. Tahir-ul Qadri was sent back with assurances but saw him return once again post elections. His second homecoming was more eventful than the first as it saw his supporters shot dead at point-blank range.

His capability of delivering highly charged speeches is unparalleled. Although at times his flamboyancy provides fodder for the laughter brigade. Nonetheless, as controversial a figure he may be in politics, the subject of this article is his scholarly work in theology, which is often overlooked.

Dr. Tahir-ul Qadri has been writing books with metronomic proficiency and has risen against adversity many a time through his pen and speech. He has challenged the status-quo both on the political and the religious fronts. Five of his notable efforts are presented below.

There is a common saying “Desperate times call for desperate measures” which has seeped into the mindset of alienated Muslim youth. Tahir-ul Qadri has strongly denounced all reactionary measures that have resulted from this mantra and removed the veil of religion that cloaks the terrorist ideology. Using the grievance and indignity of Muslims around the world as an excuse, some preachers persuade young Muslims in acts of indiscriminate violence. Suicide is explicitly forbidden in Islam. On 2nd March 2010, Dr. Qadri issued a 600 page Fatwa (religious edict) denouncing terrorism in all its forms. The document is a thoroughly researched rebuttal and addresses all misconceptions that deviant scholars use to manipulate naive minds. More recently he launched the Anti-terrorism Curriculum in the UK to specifically to counter the ISIS ideology which has been attracting hordes of young European Muslims.

When the governor of Punjab, Salman Taseer was murdered (4th January 2011) for alleged blasphemy,  ironically by his own bodyguard, it was only Qadri who stood up and spoke against the crime. At the time, the religious clergy in the subcontinent, largely opted to remain silent. The issue of blasphemy is extremely sensitive in Pakistan and even more contentious is the debate on blasphemy law. Mr. Qadri, held a conference and invited scholars from all over Pakistan to rationally debate the issue. He openly condemned the killer, who had by than gained the status of hero in large segment of the populace.

His effort is doubly commendable as he went against the popular opinion held within his own sect, i.e. the Barelvi sect of which the assailant (Mumtaz Qadri ) was also a part of.

On the blasphemy law, which is often misused in Pakistan to settle personal scores, Qadri holds a pragmatic opinion. He clarifies “There are two aspects of the law: the principle and the procedure”. He said that he held no reservation on the principle and spirit of the law. The procedural aspect however needs to be reformed and reformed soon.

Tahir ul Qadri is a proponent of an inclusive and integrating approach towards the wider community. Hence he downplays the differences between different sects. According to him, a Muslim becomes a true believer when he has the respect of the Ahl-e-Bait (members of prophet’s house) in equal measure to the respect for the caliphs, which is the main differentiating feature of Shia and Sunni Islam respectively.

In similar vein he says that a Muslim must have the spirituality of the Sufis and the orthodoxy of Qaadhi (judge). Dr. Qadri himself a practitioner of Tariqat and at the same time has been a professor of Islamic Law at University of Punjab. He quotes a verse of the Quran in this regard which translates “Enter Islam in full”. His own religious tolerance and acceptance of pluralistic narrative stems from his background in Sufism.

Qadri’s openness does not limit itself to the Muslim community, but transcends religions. On several occasions he has attended Christmas parties. On the question of Israel, he goes as far as accepting the Jewish state, because according to him, every religion has a right to a country. He has mentioned that his reservations on Israel should not be confused with reservation on Judaism. He calls for the UN resolution on Palestine-Israel to be implemented and recognition of Palestinian state is first and foremost step in this regard.

Dr. Qadri has always advocated the need for religion to progress in-line with modernity. The basics or the core of the religion that include the beliefs and the praying rituals are eternal. However, implementation of many aspects religious law relating to social conduct and reforms are transitionary.

He explains that in the old days, when security was an issue, women required Mahram (male chaperone) as a travel companion in accordance to the Islamic law. Today he said, as the security has increased, the definition of Mahram can be revised. For example he says “Even sitting inside a car provides security to women and hence car can be classified as Mahram. Similarly a suitably large group of females can act as Mahrams for each other.

Dr Qadri has gone a long way in highlighting the upheaval that is occurring in Islamic literature. In this regard, he has criticized the work of Nasir-uddin Albani, who has removed many a hadith that were present in canonical books like Sahih Bukhari and Muslim. Through the publications made by Dar-us-Salam,  which is one of the largest publishing house in Muslim world, the edited work of Nasir –uddin Albani has been propagated far and wide.

Many Hadeeth, that run counter to the concept of Wahabi sect have been removed. This Dr. Qadri suggests is akin to religious corruption. He explains “Taking out hadith which go against someone’s own concept is distortion and will result in loss of authentic and original information”

Dr. Qadri has made grave political mistakes in the past. Most notable of that is divulging his personal spiritual experiences in public that probably should have been kept private. This undoubtley has hurt his popularity.

As remarkble an orator he may be, his mastery in rhetoric doesn’t go as far as his scholarly work. Being a thorough scholar, a respected preacher, a globe trotting philanthropist and an impactful politician, it is no doubt that Dr. Tahir ul Qadri is among the most influential figures of our time.

Feel free to share this article using the buttons below. 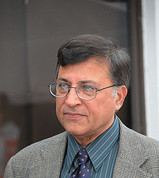 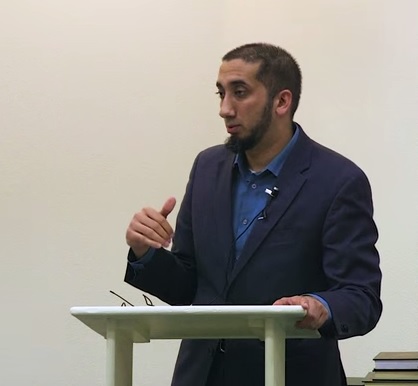