Going through the information on National debt of Britain, some interesting facts were revealed.  Almost 62 years after World War II, on 29th December 2006, Britain was finally able to pay off its loan it accrued to finance that conflict.

It is however the debt that was acquired during World War I that is far more telling and even to this day is impacting the UK.  The loan has been repaid several times over its principal sum. Part of this loan was in the shape of war bonds that were issued at the time to shore up fiance, by then chancellor Winston Churchill. Britain has paid nearly £1.3bn in interest on these bonds alone since they were issued.

Recently, the UK government  (in October 2014)  decided to pay off part of these war bonds that receive an annual interest of 3.5 percent , reduced from 5 percent set at the time of their issue.

To this day, the ordinary British tax payers are picking up the tab, the same people whose forefathers have already paid with their blood to fight the British cause in the conflict. To this day those in the upper echelons of the society  continue to reap wealth, sitting in their lofty mansions through perpetual interest on money loaned almost 100 years ago.

World War I saw a seismic shift in British finance and commerce.  Firstly, because most of the gold owned by Britain was siphoned off to USA in lieu of war weapons, this resulted in the collapse of  Gold specie standard within Britain. Furthermore, the country stopped being and creditor and in fact became a debtor. This had far reaching consequences on the empire and Britain’s grip on the world was loosened.

The End of Gold Standard

The total World War I loan  adjusted for inflation, today would amount to around £40bn, and if adjusted by the growth of British GDP, to about £225 billion.  It is ludicrous  to payback a loan that is ever growing because of interest through a currency that is ever depreciating.

The end of gold standard ushered in FIAT currency system that coupled to an interest based economic model.  The same system now had gripped Britain and enslaved its own people that it once used to colonize others.

Cometh 2015, and Greece is seen raging against its crippling debt.  Syriza has risen to power in reaction to the austerity measures that have paralyzed the country for years.  They are fighting for their national debt to be written off, at least in part. In these times, it is  more important than ever to revisit the Gold standard and the benefit it brings.

Below is a table that compares FIAT currency system to Gold Standard.

It has been less than hundred years when Gold standard was lost. With it came a new paradigm of paper money and a new way of thinking economics. Humanity though, as a whole has suffered from this system. We are more enslaved than even before.

This may not be obvious to many readers but people in Greece have already felt the heat. Before we totally lose any memory of the freedom gold standard had provided to our civilization, efforts have to be made to educate and create awareness.

Gold standard has to be brought back. This can be done privately by industrialists who can give rebate on payment in Gold. This can also be done by individuals who can provide services in exchange for gold or barter goods. 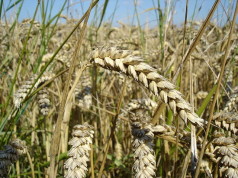 The concept of Riba in Islam

Economic Growth not the Panacea