A raging Pakistan seems for now to be on the road to root out terrorism. The political front for the first time is united for the cause. Perhaps JUI (Jamiat e Ulema e Islam) is the only party now that would still like to remain on the side lines. This impartiality is not just limited to JUI, there are many other factions who haven’t joined the concerted effort.

Moreover, there are still segments of society that maintain a soft corner for the Taliban. This support may stem from their hatred of Musharraf or the inept nature of political government that has done little to settle their grievances, social and economical in the past seven years.

Terrorism is an extremely sensitive issue and cannot be tackled with a blunt instrument. Brute force may temporarily quell the problem but cannot quash it. In over two decades, while the politicians and the army were playing musical chairs, right under their noses a seismic shift has occurred within Pakistan’s religious demography.

Funding from outside and particularly from Saudi Arabia has pushed its own brand of Islam (Wahabism) that is now accepted by many Pakistanis as the “authentic” Islam. Furthermore organizations such as Hizbut Tahrir who are banned in many Muslim countries have carried out their work unhindered. Wahabism being intrinsically expansionist, through the aid of petro-dollar has tried to almost religiously colonize Pakistan. In this regard, many publication houses that used to produce books on tolerant hanafi school were bought and shutdown. Courtesy Zia ul Haq, the Wahabi laws which were primitive in nature compared to Pakistan’s own evolved Islamic laws, were imposed without any thought to their compatibility with the society or the repercussions. These laws were implemented against the wishes of many in the Council of Islamic Ideology.

It should be noted that Wahabism does tend to provide answers to some ills in the society and similarly Hizbut Tahrir have also produced high quality, well researched treatise towards a framework for khilafat in the modern age, but both of them are completely dismissive of institutions of western origin and both enshrine the bane of our society i.e. “Takfeer”. Similarly both of them are also against plurality of opinion although Hizbut Tahir does provide some leverage in this regard. While Wahabism has appealed to the common man, Hizb ut Tahrir has dazzled the intelligentsia.

As a result, a notable portion of the society does not believe in institutions like democracy or civil courts any more. The poor efficacy of these institutions in Pakistan has also helped in cementing their concepts. Instead of healing these systems, they would rather banish them into oblivion and construct different ones. Likewise the banking system in Pakistan that should have seen a reform towards a more fairer system, for it had not only an Islamic impetus but also an established Islamic framework, has not taken off.  And now we have mosques within Pakistan that not only gather funds for ISIS but have also pledged allegiance to them.

In light of this, Pakistan has to make inroads in defeating the Wahabi ideology and in particular the Takfeer and fascist element within it. This is perhaps longer but an easier task than slugging it out in the battlefield with the Taliban because they will never openly confront and instead will be driven underground.

The Ulema from all school of thoughts representing Pakistan need to sit down with the ulema from the other side.  A series of debates should be held and they should be publicly broadcast. The TTP (Tehreek e Taliban Pakistan) ideology lacks scholarship and therefore can be easily challenged and defeated. There should no’t be any hesitancy or delay in doing this. Despite calls from many quarters of society of depriving TTP air time, media  should not muffle the voices from the other side (as it only helps garner sympathy for them).  In fact it should be shown openly, as the more it is publicly challenged, the more it will lose credence.  And Pakistanis who have been influenced from foreign ideologies will perhaps come out of their indoctrination.

Yesterday, I was listening to a recording of a novice army man engaging on the radio with a TTP personal in a debate. He was able to debunk very succinctly whatever the Taliban was throwing at him. If a novice came out victor, think of the inroads our ulema can make.

The way Taliban are able to rationalize their heinous crimes is by running away from the mainstream teachings of the Quran and Sunnah. Their’s is a shadow organization that thrives in darkness and runs away from light. We need to chase them, engage them, discredit them and teach them Islam. 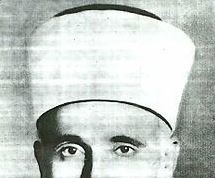 Is Bechdel Test the key to writing a blockbuster?