“Some always seek the rational mind

Some will appeal the faith that is blind

If you turn within, you’ll surely find

Both paths will lead further behind”

It was a chilly noon in early spring. The sun was beating down with all its might but its warmth felt distant. As I walked past the King’s Parade in Cambridge, I saw a plague marking Edward Fitzgerald’s residence. It was then the quatrain mentioned above stormed through the doors of my consciousness.

Fitzgerald is known as the man who brought eastern poetic thought to west. He translated the works of Persian polymath Omar Khayyam. The verses “If you turn within, you’ll surely find. Both paths will lead further behind” in particular, have always left me intrigued. Have we not seen many a debates between an Atheist and a theist? And found that it is common of both parties to accuse each other of not looking further behind.

For a theist, the atheist does not look at the ultimate cause and is instead searching for a cause without a cause. On the other hand in the eyes of an atheist, the theist does not investigate the process and is satisfied with God for an explanation of everything unexplained. So how is that we can go further behind? How can we converge to the truth? How do we turn within?

In most cases, a theist and an atheist will mutually accept certain truths. For instance how the universe and nature evolved. Most will accept the presence of objective moral values. Thus if a Venn diagram is to be drawn, it is sure to carry a region of intersection.

So let us pause for a moment and isolate the non-overlapping regions and home-in on the commonalities. This is where I believe the truth lies.  To do that we have to follow a four step procedure, be humble, non dismissive, synthesize and be non-prejudicial. This is obviously easier said than done.

Honest scepticism requires open mindedness. And open-mindedness and requires humility. So humility is the first step in the journey to truth. The Tomb of Omar Khayyam

Next, we have to adopt an attitude that is non-dismissive and tries to synthesize ideas i.e. we should use the thesis and the anti- thesis and distil them to create a synthesis. As a child, I was told by a certain friend that Big Bang cannot be real.  I disagreed and tried to abridge the difference of opinion by the marriage of ideas i.e.  Why can it not be that God has created the world through Big Bang?

While there may be several reasons for my friend’s scepticism of Big Bang, but the main one was that the Atheist’s camp was putting their weight behind the theory. It wasn’t their projection of the scientific explanation but rather their custodianship of it that made him reluctant to accept it. And that sums up our knee jerk reaction to most arguments. We either cocoon ourselves to an argument or retaliate irrationally without addressing it. On the same note it has to be said that putting forward a theory is not a problem but to make it an exclusive preserve, is. It is akin to colonizing knowledge, which sounds remarkably absurd in this age of modern enlightenment.

My friend was at fault for dismissing the theory out of hand. The Atheist community were at fault to claim that big bang has buried God.  The big bang doesn’t explain the creator; it is merely a process of evolution. In mathematical terms, it is not the causality. It quickly became apparent to me that it is a war of perspective of ends and perspective of means. In light of this, to have an attitude where certain disciplines are shown by one side, to be their exclusive property (science for Atheist and moral philosophy for theist) is utterly inappropriate. If the truth is to be found, objectiveness must be at the heart of it.

Thus the theist has to withdraw from championing and owning morality. It is true that many misguided minds end up doing the most heinous crimes due to warped view and flawed interpretation. Furthermore, it should be accepted that there are non-believers, who are perfectly moral citizens. The same notion is valid when applied to the opposite side.

On similar lines the atheist will have to accept that although morality can be constructed contractually between society and individual, but there is no impetus and no motivation to pursue it. The only motivation is perhaps that of self well-being. However, when well being of the self-which is subjective- collides with the greater good, problems arise. If objective morality is demolished, nothing that can be deemed absolute rights and absolute wrongs. No universal values would exist, just subjective opinions.

The other day I came across a video in which Prof Richard Dawkins seem to preach his disciples (if I may use this terminology) that religious followers should not be trusted in fact they should be ridiculed with contempt.  If humility and open-mindedness are keys to truth than this statement is inept and borders on lunacy.

It reveals that Dawkins is an angry man, who might come across as calm and composed, but on the inside he is seething with rage. His belligerent comments are driven by the hatred of religion.  Negative emotions cloud our judgement and if the “New Atheism” was borne from hatred of religion, than there is not much truth to be found in it. The only outcome a philosophy of hatred brings is fanaticism. And in some cases it is even more extreme than religious fanaticism.  This underlines the importance of being un-prejudiced if progress has to be made.

We need a fresh approach in the new millennia. We need to not only tolerate but also be accepting and humble if the objective is to find truth.

So why is it that we cannot be honest to ourselves? Is it because a change in belief is too costly a price to pay?

As John Lennox puts it, there is a pressure to find a solution to the problem (existence of God), but for an atheist the solution must be of a certain nature. For there is a price to pay, which requires giving up of “materialism” if the solution strays. It is materialism that runs through the veins of modern western civilization and is the comfort zone for so many in their unconscious lives.

To turn within and to see the path that leads behind, let us open ourselves to the truth no matter what the price.  After all there is no price as high for the major questions of our existence. 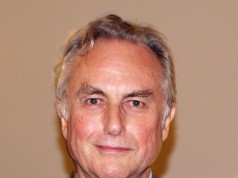 Why Richard Dawkins fails to convince?